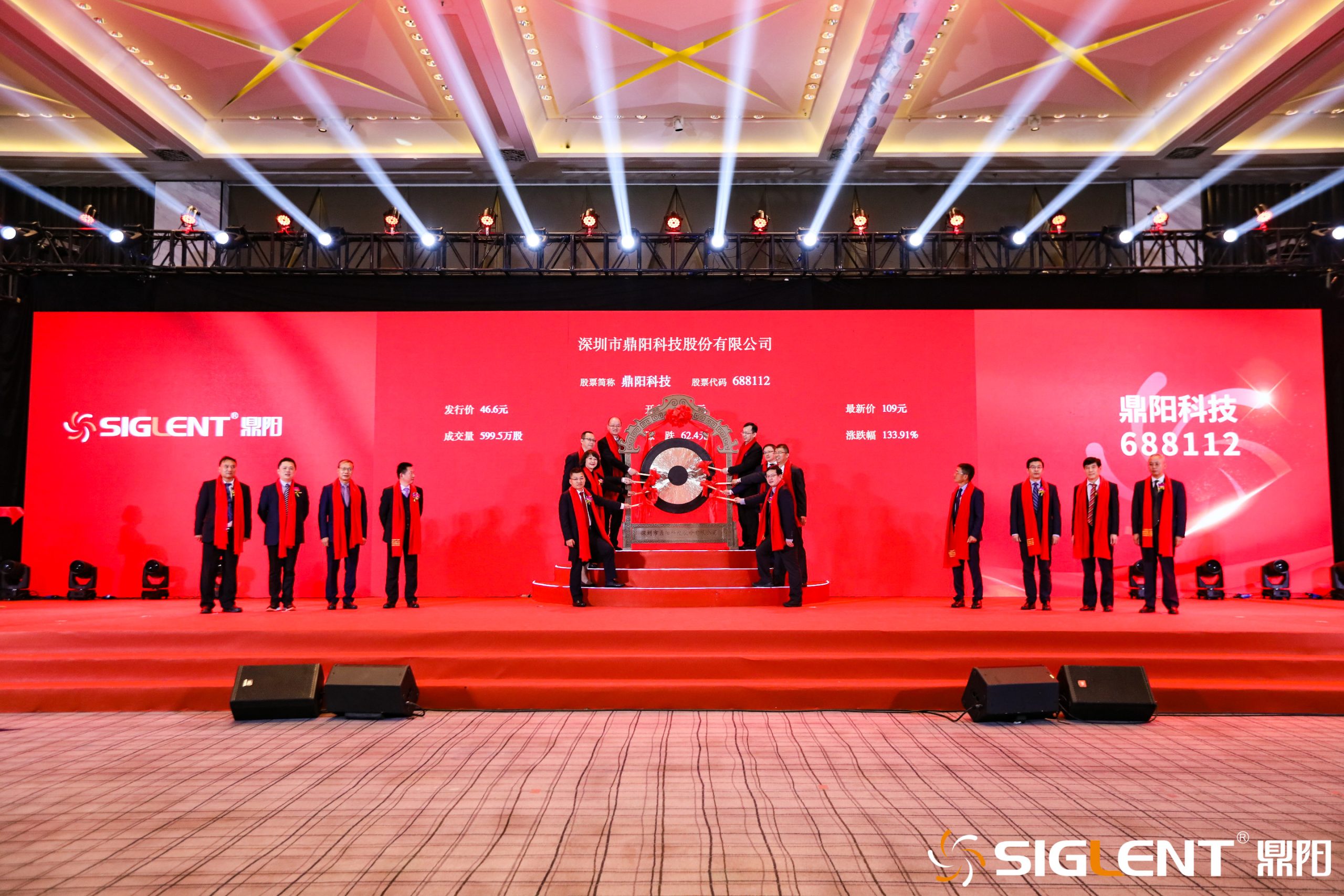 On December 1, 2021, SIGLENT TECHNOLOGIES CO., LTD. (“SIGLENT”, stock code: 688112.SH) was successfully listed on the sci-tech innovation board of the Shanghai Stock Exchange (SSE). SIGLENT has become the first company in the general electronic test and measurement instrument industry to list on the A-share market in China.

Mr. Eric Qin, Founder, and CEO of SIGLENT, delivered a speech at the bell-ringing ceremony at the exchange. He said “SIGLENT will continue to focus on the electronic test & measurement instrument industry and sees research & development as a core competency. We will keep a strong competitive edge through technology innovation and strict quality control. To design and build the best value products for engineers around the world.” This listing represents a significant opportunity for SIGLENT to expand worldwide R&D, calibration, and support for our products so that we can continue to deliver the best value in test and measurement.

In 2002, the two founders of SIGLENT began developing digital oscilloscopes with a goal to make professional test equipment available to every engineer in the world. In 2005, They developed the ADS7000 series, the first SIGLENT digital oscilloscope. After more than a decade of research and development, SIGLENT’s products include digital oscilloscopes, isolated handheld oscilloscopes, function/arbitrary waveform generators, DC power supplies, digital multimeters, spectrum analyzers, and other general test instruments.

SIGLENT has become the first company in the general electronic test and measurement instrument industry to list on the A-share market in China. This is just another reflection of SIGLENT’s strong competitive edge and great potential growth.